Timeless Treasure: A Tale of 300 Tubas

Tucked away in a Durham neighborhood lies what one might think is simply a quaint yellow house with red shutters. This house on 1825 Chapel Hill Rd is actually home to over 300 tubas. It is the largest privately-held tuba collection in the country.

Vincent Simonetti, the co-owner of the collection, picked up his first tuba in high school when his band teacher said there were too many trumpets, and someone had to play tuba.

“He pointed to an instrument on the floor. I had no clue what it was, but somehow I became instantly fascinated with it.”

This fascination grew with intensity as Simonetti got older. Conducting and playing in a few Durham-based orchestras, he fell in love with the tuba. The tuba isn’t often seen as the forefront instrument in a band. However, Vincent and his wife Ethel flip that script on its head.

In 1984, they started the Tuba Exchange, a business for trade-ins that began with fewer than ten tubas. When the Simonetti’s sold the Exchange in 2011, their beloved collection had up to 200 tubas – and has only grown through the years.

Now host to over 300 tubas, the Vincent and Ethel Simonetti Historic Tuba Collection preserves the instruments so that they can be appreciated for years to come.

“As you can see, I’m pretty serious about it. When people say ‘Oh tuba, tuba,’ and they want to make jokes. They can make jokes, but I’m not going to make jokes.”

The Simonetti’s host tours regularly and encourage everyone to come hear about their cherished instruments. 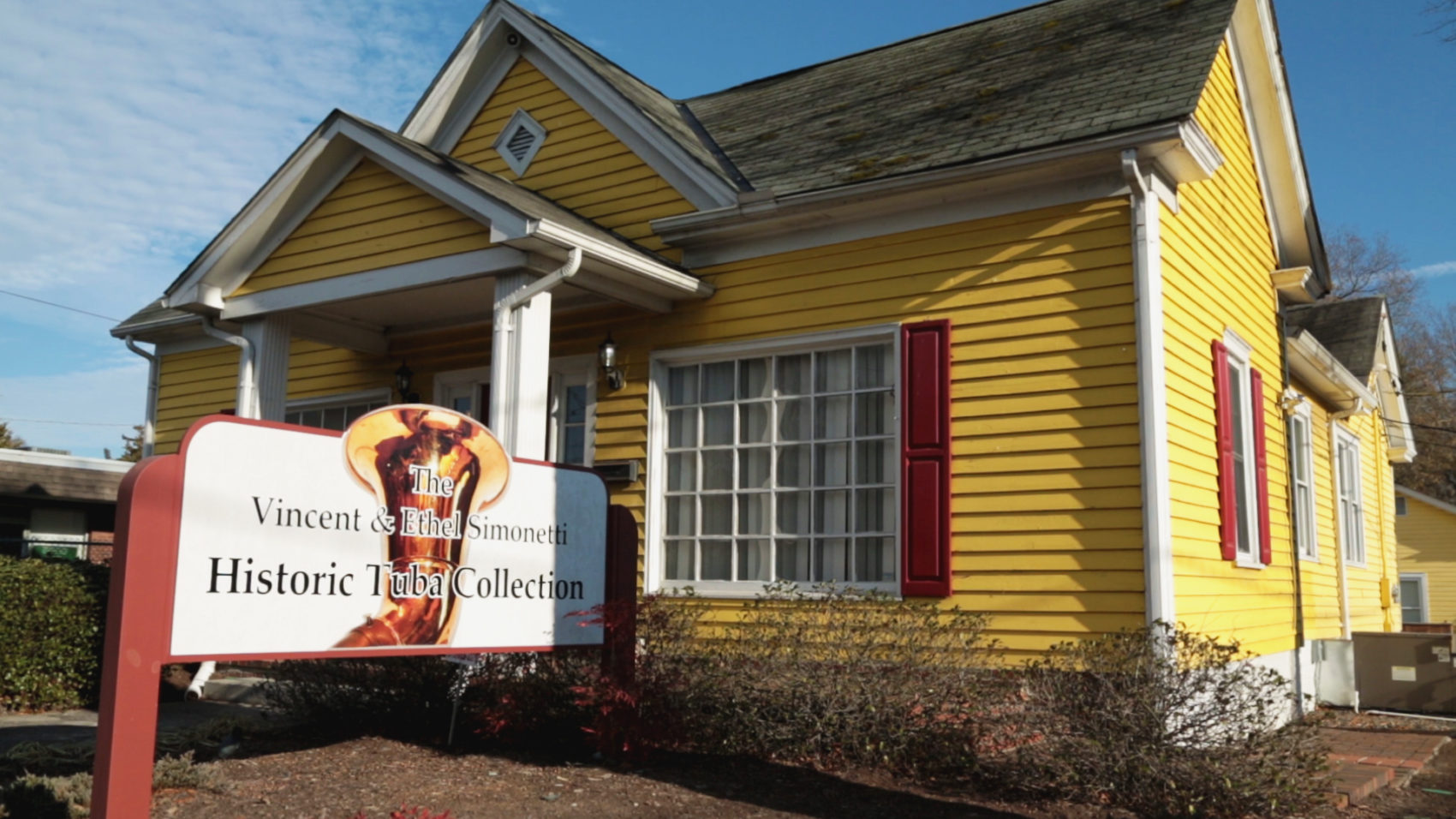